People here are just really open minded when it comes to sex. They don’t think of it as some taboo thing that needs to be hidden, you can find the nicest libertine club in Paris near the most famous museum in the world.

There are all sorts of names that they can go by, we just mentioned libertine clubs but locals also refer to them as échangiste clubs. We just mention the various names so you know what to be on the lookout for.

In this post we will talk about some of the nicest group sex clubs you will find in the city but also give tips on how to get in and how to behave while inside. While you may be thinking these are some sketchy and dirty motel rooms most of the time they are the opposite.

A single guy walking up in jeans and a t-shirt probably isn’t going to make the cut. We will also tell you about a great hook up site that you have surely seen advertised before and rolled your eyes at.

Before we mentioned one near the Louvre and that is Les Chandelles. This would probably be considered the most high end échangiste club in Paris and it is the hardest to get into.

The first local libertin club in your area is believed to be 2Plus2 which was opened in 1972. Another that seems to have a very good reputation is Le Chateau des Lys.

There are also many group sex saunas around like:

As we discussed before the best swingers clubs in Paris are probably not like you are imagining. Think of what you saw in Moulin Rouge as they are similar to that.

They almost always have an expensive cover charge plus strict dress code and are where the wealthy go to play. As mentioned status is a big deal here and the higher up you are the more doors will be open to you.

A lot of guys might be totally turned off by the scene once they get inside. Generally there is a nice bar and lounge when you first enter. They might have a menu, a full buffet, or just some snacks out.

There will be plenty of sofas around the room where you can meet new people and maybe make out a little. Then there are other rooms around, some of which are more private then others.

Some visitors to these clubs never partake in the group sex. They are just there to see and be seen. Whatever you want to do is totally acceptable.

Prices can vary a bit but they are pretty expensive. Expect to pay at least 80 euros to get in to a local swingers club, generally single guys will cost about the same as a couple would.

This may get you a free drink or meal, but additional drinks and food should be expected to be very expensive. Some of these clubs can cost a lot more then 80 also. 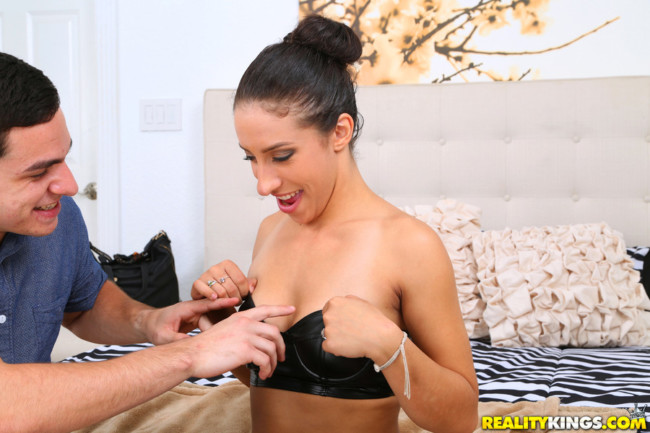 It kind of goes without saying but at Paris swingers clubs or any swingers clubs around the world single guys are the last thing they really want. They can’t just let any dude that walks up inside or there would be a 100 to 1 guy to girl ratio.

So how can a single guy give himself the best shot? Can one guy walk up to a Paris swingers club and gain entry? In most cases probably not, but it doesn’t mean you can’t try.

Sadly these places are as much about status as anything else. Sure a male model will have a better chance of getting in, but so will a rich guy.

You need to dress your best and show that you bring value to the club. Take a shower, be properly groomed, and where as flashy of a watch as you’ve got.

If the guy at the door rejects you and you really want to get in see if giving him a ‘tip’ will change his mind. When it comes down to it you really aren’t the clientele they want.

Be respectful, don’t start pawing on every girl that walks by. If a lady makes eyes at you in the lounge then go have a chat and see if you can escalate it.

Finding A Girl For The Group Sex

We have told you about many of the best libertine swingers clubs in Paris but if you are a single guy can you really get in? Put on your most expensive clothes, knock on the door, and crossing your fingers might work.

Remember before we mentioned a site you have heard of that isn’t good in most places but actually is really good here? Would you believe us if we told you that Adult Friend Finder has over 2,000 active female users in this city?

Well it is true, that was the current count as of earlier this year. If you look around this site you won’t see advertisements for it very often, only in the cities where there are actually girls also using it, and Paris has as many female users as anywhere.

Since the price to enter a Paris swingers club is the same for a single guy as it is a couple and it is even easier to get in with a girl in tow what do you have to lose? The answer is nothing, and you also have a whole lot to gain.

Or if you are a couple you might be able to find other couples for wife swapping on the site as well.

These libertine échangiste clubs can be a lot of fun but they aren’t easy to get into and are quite costly. Plus having sex while inside isn’t even guaranteed.