Is She A Hooker Or A Gold Digger?

Lets not kid ourselves, one of the main reasons it is so easy to get laid as an expat in a foreign country is because women think we have more money. That may not be the case for all girls, some may just like your ‘exotic’ look, but for many money is the reason.

There are a few things that women look for most in a man. Some will say it is a sense of humor, maybe its a sexy muscular body, a big dick, but for many women it is a man that can support her financially.

Well when you move abroad to a poorer country everyone will assume you have money. Everyone from the 1st world is rich in their minds, and you wouldn’t be able to travel without money.

They may not realize that many of the digital nomads and backpackers traveling around would be considered almost poor in the 1st world. That is one of the reasons that they move to cheaper countries in the first place.

But no matter what your standing is in the western world you probably are at the least very well off if you are in a third world country. Even if your online work only pays you minimum wage for the 1st world that is still way more then people in poor countries make.

That is what gives expats a major advantage. You can afford a nicer apartment in a nicer area of town. You can eat the nice restaurants and shop at the nice malls. You can go the best places for nightlife and the hottest clubs, or just pay hookers with your disposable income.

Women want to be around guys that can afford to do those things. They may ‘give it up’ to you a whole lot easier to you hoping to either win your heart, or win your wallet.

It can be quite hard to get a read on some women. First off you need to ask yourself what you are after. If you are only trying to have sex with as hot of girls as possible and aren’t looking for anything long term then it really doesn’t matter whether she is a hooker, a gold digger, or a good girl.

You are still going to get yours, and if you have to put out a little cash just make sure it is an amount that you can afford. Hookers are the easiest ones to tell most of the time. You will probably have some sort of negotiation before you bang and then hand over the cash. An easy business transaction.

Now there are some ‘gray area girls’ in certain countries which are a whole nother matter entirely and need a post of their own to dive deeper on. But for the most part hookers are up front about it.

Gold diggers may take you for a ride, and some new expats and tourists aren’t ready for it. Some girls figure out at an early age that they can seduce guys into doing just about anything they want them to.

As they get older they realize they can make a whole career out of it. Some will be playing as many as 10 guys at a time. Telling each one of them she loves them so much, if they are a tourist she will continue to chat with them on Skype and tell him she is waiting for him.

Then later that night she is back out at a bar looking for another sucker. To be fair sucker is a bit harsh, if you are a first timer traveling and have never read about this before how would you know?

You meet some girl that is beautiful that would never give you the time of day in your home country. Now she is giving you the best sex you have ever had. Some guys may not even be suckers, they just may want to reward the girl for making them happy.

But to many guys believe the lies they are told. They really think ‘their girl is different’ and that she is waiting for them. Play the odds, and the odds say she isn’t. They can be very good at milking you for as much as they can get.

Asking for a new iPhone, of course her reason is because she wants to Skype with you! Or jewelry, or some will just straight up ask for money. They may make up some big problem they have and ask you to help. They may even cry to make it more believable.

Why do hookers have a worse stigma to them then gold diggers? Not that gold diggers are thought of that highly, but they aren’t though of near as negatively.

The hooker is at least being honest and not doing any deception. OK sure, some hookers are bad, but most of them are just doing a business transaction that goes smoothly as long as you live up to your end.

But the gold diggers that lie to guys and lead them on just to get as much money out of them are better people? For some reason society seems to think so. The more time you spend in third world countries the more you will come to realize that the hookers ain’t bad at all.

How To Deal With Gold Diggers 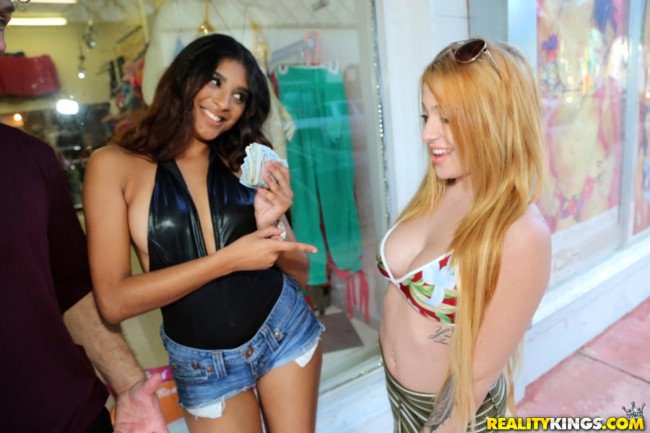 The longer you spend as an expat the more you will be able to pick up on these girls. Give them just enough to keep them around, but don’t give that big chunk that lets them ‘win.’

You will need to say no early or the demands will go up and up. If they sense weakness and that you can’t tell them no you better believe they will be back soon asking for more and more. If you want to test and see if your girl likes you, or likes your money, tell her no early.

If she stops coming over you got your answer. If she keeps coming back then maybe she really does like you. Some of these girls lead really tough lives and don’t have many other options.

You can’t think to negatively about the fact that they only want your money because money is really hard to make some places. If she is making you happy give her as much as you are willing to give.

Just make sure you know what her true motivation is and don’t start getting serious feelings for a girl that only has feelings for your bank account. That will never end well, the good thing is the longer you stay abroad the better you will become at figuring out if she is a hooker or a gold digger.