Best Vacation Spots To Get Laid In South America

The best vacation spots to get laid in South America will vary from guy to guy. We can generalize a bit, but not every guy will have the same experiences.

There seem to be three that really stand out above the rest which we will focus on. If your whole goal is having sex then they may be the only ones you need to visit.

Any time you are talking about the best vacation spots to get laid in South America, or anywhere for that matter, there are certain things that can really improve your chances. We will give some tips on what you can do to maximize your success before you go.

In each country some cities may be easier than others. If lots of girls have been burned by foreign men in the past word will get out and tourists won’t be thought of in a positive way.

In other places there might be so few foreign men that the mere fact that you are different is enough to get you some success. We are going to start out with some general thoughts and then list the three countries in alphabetical order.

Getting Laid In South America

Meeting girls for sex in South America is the same as anywhere else. Foreign men will likely have an exotic factor, but in some cities that will work against you.

Knowing the local language will be a big key for hooking up, Spanish is most commonly spoken so try and learn as much as you can before you visit. You can possibly hook up with some girls even if you can’t speak it, but the hottest girls always take more work and if you can’t communicate with them good luck.

Another good tip would be to learn some salsa moves, or at least make an attempt to try before visiting these vacation spots. Ya, dancing kinda sucks, but do you know who likes it? Damn near every female on the planet.

Single Latina women want to hook up with fun loving foreign men who don’t take themselves too seriously. Making a fool of yourself on the dance floor is a good way to show them you have confidence, and being a good dancer would be even better.

Safety is a big issue in this part of the world. Try and study up on the safest areas of each city and stay in them. Generally there is a safe area with good nightlife where most expats stay, you should also.

Getting a room off AirBnb will be better than getting a hotel. Girls feel like sluts when they go to a guys hotel room, it is easier for them to convince themselves that it is OK to go to an apartment.

Try and find a well placed condo near the best party hot spots and in a safe area. It is always easier to get a girl to leave a venue with you if your condo is nearby.

Lastly, try to not look like a tourist. You don’t need to lie to girls and tell them that you own a house and will live in their city forever, but try not to dress and act like the typical tourist.

With some it may not matter, but many South American girls are interested in a foreign husband, not just getting laid one time. OK, lets get on with the list of the 3 best countries to hook up in alphabetical order.

One thing that kind of sucks about Brazil is they speak Portuguese, if this is the only country you are traveling to then you should focus on it over Spanish. If you will be taking a tour of the region and only want to learn one language then Spanish would be much better.

Many guys have the wrong impression of how easy sex with Brazilian girls will be for foreign men. They are very sexual, passionate, flirty, and seductive girls no doubt.

They have no problems showing off a lot of skin whether at the beach or in the great nightlife this country is known for. You can walk up to them in a nightclub and have them grinding their great asses on you and sticking their tongue down your throat within minutes.

But getting laid on the first night? Not as common as you might think. Sure, one night stands will happen here just like they will all over the world, but you should temper your expectations a bit as the dating culture isn’t what you might have heard.

They love to flirt, they love to dance, they love to show skin, but they aren’t as easy as you probably believe. Most will take a few dates to put out, but the work is very worth it.

Once you get them into bed they are some of the best in the world at trying to make their man happy. There is a reason why so many foreign men visit here to get laid, the girls are up for just about anything.

So even if the girls aren’t quite as easy as you may believe, at least initially, once you win them over you are gold. As far as what cities in Brazil are best for getting laid there are plenty to choose from.

Rio during Carnaval sounds like it might be a decent time. Sao Paulo is a massive city with lots of great nightlife and not near as many tourists around as Rio.

Manaus is a spot where very few tourists go making it one of the easier places for foreign men to hook up with girls in South America. Overall you have plenty of options.

Getting Laid With Colombian Girls

Lets start with the good and the bad here. The good is that Colombian girls are very sexy and very friendly. They are quite easy to chat with and getting their numbers might be easier than you expect.

In some cities you will still have high exotic value and being different is all it will take to get laid for foreign men. At least for now, tourism is booming here and things could be changing soon.

Actually the dating culture has already started to change since the turn of the century. Medellin used to be a super easy place to meet girls and get laid quickly, not so much anymore.

Too many gringo sex tourists have come through over the years and now it is kind of spoiled territory. The girls have been burned before, or they have friends who have hooked up with tourists and been forgotten.

After Lonely Planet named Colombia the 2nd best country to visit in 2017 this may spread throughout the country. If you do want to try and pick up non pros you probably should give Medellin and Cartagena a pass. Instead head to cities like Bogota, Pereira, Cali, or anywhere off the beaten path where it might be easier to get laid.

Plenty Of Single Girls In Peru 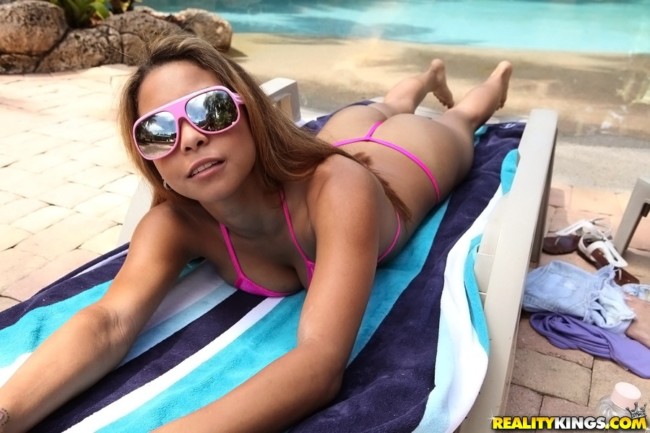 Now to our last country to cover, and that is meeting single girls for sex in Peru. This is the country where the exotic factor will be the highest for foreign men looking to get laid.

They get the least tourists and the girls seem to have the most interest in hooking up with them as well. Lima is a massive city where you will have a lot of opportunities, but don’t forget about Cusco.

It is a smaller city up in the mountains on the way to Machu Pichu. Lots of tourists travel through here, and now many Peru girls seeking foreign men have moved there or take trips just because they want to party with gringos and get laid.

If you don’t know Spanish and have no interest in learning then this is probably the best place to visit. Your exotic factor here will take you a lot farther making it one of the best vacation spots to get laid in South America.

Online dating is something every guy should be doing in this day and age. It really speeds up the entire process in so many ways.

First off, you can message hundreds of girls in an hour. If you want to try to day game or pick up girls at bars how many can you approach in a day? Certainly not hundreds.

Secondly, you can start to meet girls interested in foreign men before you even arrive in these vacation spots. We suggest logging on to a dating site a week or ten days before you visit any city.

Spam out short messages to all of the attractive girls you see and then target the hottest ones that reply. They probably don’t speak much English so keep your messages short and to the point, don’t ramble or use big words that might confuse them.

Then get their number or chatting app contact info and set up dates on your first days in town. Now you are starting off with a major advantage.

Thirdly, this keeps you out of sketchy nightlife in an area of the world that isn’t the safest. You definitely need to watch your back here, but if you aren’t putting yourself in vulnerable spots you are much less likely to ‘get got.’

Just remember to pipeline effectively before you head to every city so that you have as many numbers before you arrive as possible.

If you are still in your hometown dreaming about taking a trip try using Adult Friend Finder to find girls for sex near you right now. It is a great site for fast hook ups, and Adult Friend Finder is doing great in American and European cities these days.

Latinas are some of the sexiest girls on the planet so you certainly will enjoy them if you are lucky enough to get to visit. Learn the local language, don’t dress like a tourist, and contact as many girls as possible.

Remember to take proper safety precautions, in particular be careful with your drinks. Druggings are more common on this continent than anywhere else in the world. We also wrote posts on hooking up with girls in Central America and comparing traveling to Asia or Latin America for single men if you want more places to explore.

Good luck visiting the best vacation spots to get laid in South America.