Why Guys Are Giving Up On Dating American Women 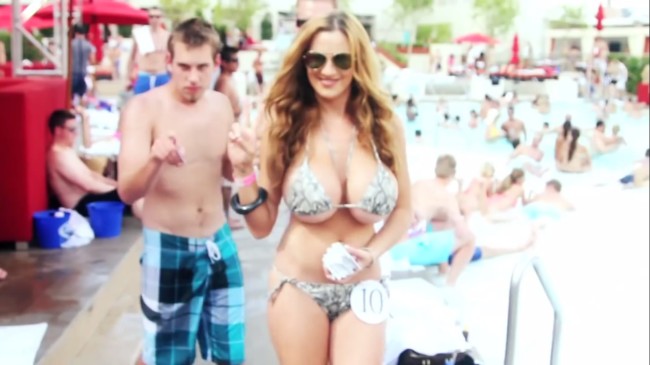 We have all heard about how many digital nomads there are and expats moving abroad. Well one of the main reasons so many guys are doing it is for women.

Not just because they like the girls in other countries, but also because they are annoyed by women in the US or in first world countries. Women have all of the power these days and some guys don’t want to deal with that.

We aren’t talking about political stuff like a woman’s salary compared to a man’s or anything like that. We are talking about in relationships and in the home.

For the longest time the man made the money, the woman did the housework, and the woman was there to make her man happy. Now women work also which is good, but somehow there has been a huge shift in power at home.

Whatever happened to the ‘happily married couple?’ When did the women in the western world quit trying to make their man happy and instead start using their pussy as the ultimate bargaining chip.

Most married men have to clean the garage, go pick up the groceries, clean out the gutters, and then hope their birthday is coming soon just to get laid these days. It is no wonder so many guys are choosing to be single and travel over getting tied down to that.

It Is A Whole Lot Of Work To Get Laid

The question is why do women put us through it all. They have clits that feel pleasure, why not enjoy them? What they don’t seem to realize is that we would do all of that ‘honey do’ list for them and more if they weren’t so miserable to be around.

Imagine the average day for an American guy now. He goes and works hard all day. When he gets home he sits down at the dinner table and listens to his wife bitch about the people she works with.

Day after day he just sits there, smiles, and nods through dinner as she yaps about how some people at work were ‘so rude’ to her. Then she casually mentions that some housework needs to be done and he does it.

Then he sits down to watch TV and she casually mentions something else. He finally gets an hour or two to relax on the couch. Then he gets in bed and tries to make a move and she says she isn’t in the mood.

Day after day after day. It is a never ending cycle that just never stops. Every once in awhile she will be so kind as to let you have sex with her and then make you wait another month before you can do it again.

Why does anyone sign up for this again? Well as more guys post on different blogs and message boards about how rough married life is more guys will continue to stay single or find better options.

Women In The Rest Of The World Aren’t Spoiled

OK the hottest of the hot will be spoiled in some way all around the world, but even they aren’t as bad as the American and European women. Oh ya and they are so hot that they have a reason to be spoiled, in the US the 200 pound white whale thinks she is the queen of the world.

But your average girl in less developed countries isn’t going to treat you the way a woman in the western world does. Heck, you will be treated far better by an 8 then you will by a girl you would swipe left on Tinder for in the west.

Some guys have figured this out and are traveling around the world where they have great experiences with kind women on a regular basis. While others are stuck at home doing the laundry on a Saturday night.

Even if you aren’t a chick magnet just the fact that you are from another land will make it easy for you to get attention from girls. And in most places all girls need is for a man to be kind for them to spend time with him.

In the west you need to game them, play mind games, do everything perfectly, spend lots of money on dates, and cross your fingers. In other countries you need to be polite. Hmmmm.

Don’t Fall For The Common Fate

You only get one life. If you are fed up with dating annoying American women then don’t do it anymore. There are many fish in the sea and other seas have tastier fish.

If you are just looking for fun then take a vacation to Latin America or Southeast Asia. Stop wasting money on dates that may lead to nowhere and save it for a great time.

You can fly down to Brazil and bang some of those world famous Brazilian asses, or head over to Thailand and bang some sexy Asian girls. Or do both!

If you are looking for something more serious then you should try out online dating in other countries. There are so many girls around the world that would do ANYTHING to find a man that can support them.

They will cook for you, clean for you, and make it their goal in life to keep you happy. They know what it takes to make you happy and will gladly do it because they don’t have the same mentality that western women have.

Filipinas are thought of by many to make the best girlfriends and wives in the world. They also speak very good English and you can start chatting with them on PinaLove today. Many guys think Thais are the sexiest Asians and there are thousands on Thai Friendly.

You really need to chat with women outside of the US to see what is available out there for you. Once you do you will never go back to being some white whales bitch just in hopes of busting a nut.