Going to ‘the club’ can be a fun time if done right, or can be a really annoying night if done wrong. Nothing is worse then waiting in a long line to get in somewhere and having the doorman choose to not let you in, hopefully some of these nightclub tips for single guys can work for you.

Sometimes it is your own fault, you aren’t dressed properly or you aren’t giving off a cool laid back vibe, other times they might really be full. Other times the doorman might just feel like being a dick. Either way it will suck if this happens so try to do your best to not waste your time.

Do a little prep work, be relaxed and ready for a fun night and you will probably get let in. Once you are in what do you do next? Go hide in the corner, watch the scene, and wait for the hottest girl in the club to approach you? Good luck with that one?

Or walk in with your bros and and start a fist pumping mosh pit while everyone else is just chillin’, that should go well too. When you are in a nightclub you want to stand out for the right reasons.

As corny as it sounds coming up with a few gay ass dance routines, either solo or with your buddies, can be a great way to stand out. Who cares if the shy dude in the corner laughs at you, the women will take notice and that is why you are here.

Think up some creative ways to stand out from the crowd, sure some women will be turned off by this, but even then they will notice you and know you exist. She might think you are a cocky bastard, but she might also have just a hint of curiosity.

That will give you a chance, and a chance is always a good thing. So lets get to the nightclub tips for single guys and the first one is a big one.

You Probably Aren’t What The Club Wants 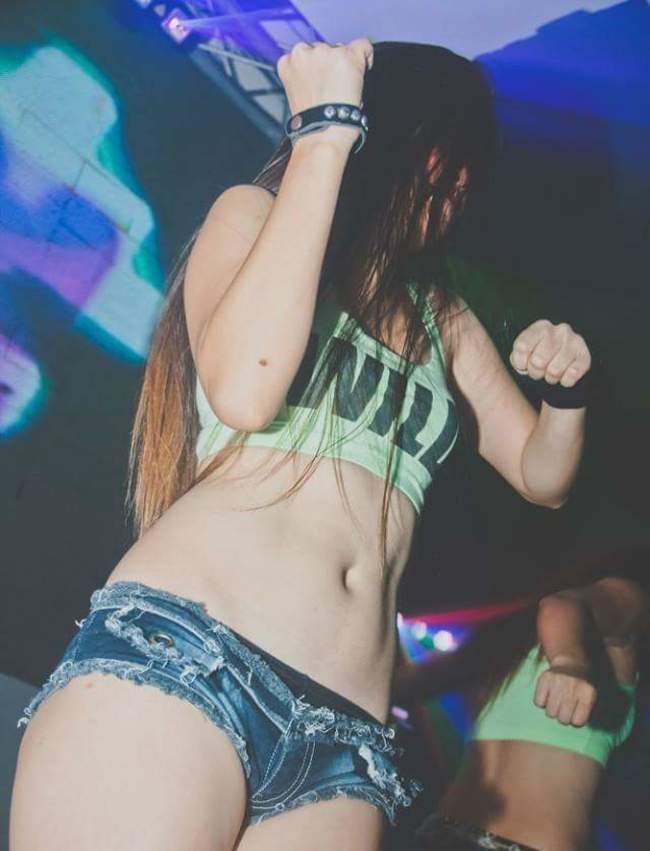 What is the last thing a nightclub wants to have a reputation as? A sausage fest. If they are letting every single dude that shows up in every night before long no one will be going.

The nightclubs want ladies to come, the more girls they have inside the more guys will want to come, and the guys spend money. Imagine you and your friends walk into a club with 70 dudes and 6 girls, what are you going to do?

Find another club. Well that is exactly what they are hoping to avoid, and to do that they need to keep the ratios as even as possible. Four average looking guys walk up to the door and want to come in, does this do them much good long term?

Sure they will get your cash now, but it may hurt them down the line. That is why it is so much harder for guys to get in. The easiest way to get around this is pretty simple in theory: go with girls.

But we said we were single guys right? So how do you go with girls? Spot some that are coming up to the club and ask if you can go in together if you buy them a drink. Maybe they say yes, maybe they don’t, who knows.

If they do say yes and are hot enough you may get to skip the line, or if they are just average you will probably get in when your turn in line comes up. But if you aren’t with them are you really confident you are going to get in?

Oh ya and you already have an in with some girls and if you do a good job of chatting them up in the line you might have already found your dance partner for the night.

Maybe by the time you are done reading this post you should start planning your trip to some of the best nightlife cities in the world.

For a single guy one of the most important things in life is being confident, and that is no different when it comes to nightclubs. When you approach the door walk in like you know you belong, don’t stare at the doorman with a scared look on your face.

Have confidence and act like this is where you belong. The nightclub doesn’t really want that shy guy chillin in the corner we talked about before, they want confident guys that want to have a fun night out. Be that guy.

Of course you also need to be dressed well, but there is no set rule book on this one. If you live in the city you or someone you know should already be aware of what the styles are for the different clubs around town.

If you are new in town or traveling you can try Google and see if you can find out, or chat up some local you see out who you think might have been before and ask him what the dress code is. Don’t be overdressed and don’t be under dressed.

Try to fit in with the local style, every city is different, let alone every country. If all else fails go with a semi casual jacket that is light enough that you won’t get too hot and sweaty in it. Have some nice casual shoes for men, not sneakers, and approach the door like you know you are getting in.

Single Guys Need To Get Noticed

You gotta do something to stand out from the crowd. Maybe it is wearing a silly hat, being rowdy with your friends, or tearing it up on the dance floor. Just do something.

Even if a girl doesn’t necessarily like what you did at least she noticed you, and she knows you are here to have a good time and aren’t taking yourself to seriously. Dancing is the best way to do this, but not all guys like to dance.

That is why if you do then you are now standing out for the best reasons. She will respect that you put in time to learn some moves, she may think you are good in bed, and you can get every girl in the clubs attention if you are good enough.

This isn’t only a good tip for nightclubs it is good for any social gathering. If you are at a wedding and the band just starts up and nobody is dancing use that as your time to shine.

Hop on the floor and shock the crowd for even 1 minute and all eyes will be on you. Every girl in the place will take notice and you can easily approach any of them throughout the night.

Sorry, this was supposed to be about nightclubs, but ya as gay as it may sound learn to dance because so many other guys refuse to.

Also go ahead and take some shots with totally random things that may or may not work. Approach that girl who you think has no interest in you, wear a goofy costume when it isn’t Halloween, send some girls Sprite in champagne glasses.

You never know what is going to work, and who knows you may find some new ‘trick’ that you can pull over and over. If you sit in the corner doing nothing what shot do you have?

Don’t Be An Asshole To Women in Nightclubs

You want to walk past a girl, she has a killer booty in a super tight dress and you want to squeeze it so bad. Its crowded so you can ‘accidentally’ cop a feel as you walk past, she will never know right?

Wrong, girls get felt up and harassed at clubs every time they go. If your goal is to go out and get some cheap feels head to a strip club after you strike out at the real club.

Don’t start dry humping some girl on the dance floor right off the bat, let things escalate at the right level before you do that. Grab her ass during the dance when the time is right, not right as it starts.

Never burn a bridge, instead of copping a feel when you walk by put your hand on the small of her back, lock eyes with her, and say excuse me. Then later on go and chat her up and she will remember.

Instead of going full on perv during your dance and turning the girl off let her get warmed up at the proper speed. Getting the girl to dance with you means you have things going right, don’t rush things and mess it up.

Remain patient and progress things when they need to progress. Girls will get super turned on when they dance, let her work herself up and then make your move.

Thanks for reading our nightclub tips for single guys. Meet some freaky girls on Adult Friend Finder and maybe they will blow you in the bathroom.