Hook Up With Girls In Batam At Nagoya Entertainment District 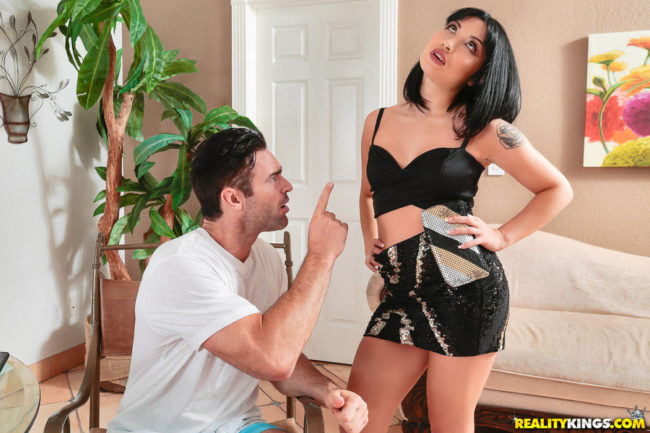 Hey guys, today we want to talk about hooking up with sexy girls in Batam at the Nagoya Entertainment District. Every weekends thousands of guys from Singapore get on a ferry and come over to enjoy themselves.

They know that the nightlife here is so much cheaper than what they can find back home, plus there are so many places and ways to pick up Batam girls for sex all over the Nagoya Entertainment District. However this is not your typical nightlife area and we want to make sure all the guys who visit know just what they are walking into before they come.

In our opening section we will share a list of some good hook up bars and clubs for you to party with some single ladies. After that we are going to talk about what else Nagoya, sometimes called NED, has to offer.

Is this a red light district? Are all the girls prostitutes? Are the massage parlors going to offer you sex? Are there any girls that you can hook up with for free?

While things are not always as black and white as we would like them to be we will do our best to break the scene down for you.

We are going to start out by listing some of the best hook up bars and clubs in the Nagoya Entertainment District to pick up girls in Batam for sex but are still less likely to be prostitutes:

Please be sure to notice how we said ‘less likely’ and not that there won’t be any prostitutes at these bars. We aren’t really sure that this should be called a true red light district, but in many ways it is and that means there might be some prostitutes around anywhere at any time.

The thing is, when it comes to hooking up with Indonesian girls at nightclubs and bars you are really never going to fully know who you are dancing with unless you ask. Never forget that this is a highly religious and traditional country, most of the women here don’t drink alcohol or go out to party in the nightlife. This is definitely not like Singapore where you can fire up AsianMatchMate and find hookups from easy women whenever you feel like it.

Then when you throw in that the Nagoya Entertainment District is basically Batam’s red light district and you can see where we are going here. Every sexy girl in the NED is not going to be a prostitute, but many of them are.

So how do you find out who is who? We are going to have some more tips on this coming up, but the best thing you can do is just ask if you are uncertain.

Do it in a lighthearted way, something along the lines of ‘the last girl I was dancing with offered to come to my hotel if I paid her, do you want that also?’ If you say that with a smile on your face in an easy going tone you won’t offend them.

Just don’t say it as an accusation or with a stern face or it could easily kill the mood.

Red Light District Or Not? 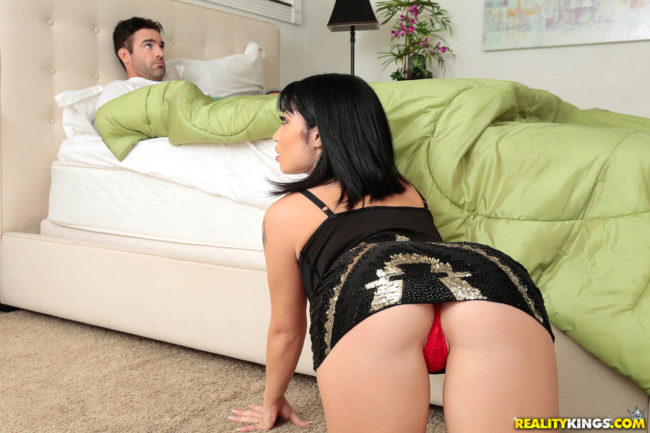 That kind of depends on your definition of red light district. Does a place have to be as defined as the window brothels in Amsterdam to be one? Or is anywhere that hookers prowl considered one?

At the end of the day it really doesn’t matter, it is just important for you to know what is really going on. We are going to talk about a few of the various potential red light activities in Batam so you will have a better understanding of what you are walking into when you go to the NED.

Bars With Prostitutes Or Hostesses

If you go out to try and hook up with sexy girls in Batam’s Nagoya Entertainment District you are going to find yourself in one of these bars or nightclubs eventually. These are the type where you can have a girl sit with you if you buy her what is known as a ladies drink.

This is a drink that will cost a little more than your own, you are effectively paying for her time not the liquor in the glass. These girls are sometimes referred to as hostesses or GRO’s, and they have a higher chance of being a prostitute than girls at bars who don’t have the ladies drink set up.

Are they all hookers? Nope, but you also shouldn’t expect to pull them from the bar and have free sex with them later on. They are there to work and will flirt or say whatever is necessary to keep leading you on making you think you might hook up so you buy more drinks.

If you are hoping to pick up Batam girls for sex you won’t need to pay for do not waste your time at any bar in the NED where you have to pay an inflated price to get a girls attention. Also if any mention of the word barfine or early work release are mentioned you can be dead sure they are offering prostitution.

If you don’t want to play the guessing game you might have more fun partying in Bandung, Surabaya, or even Jakarta bars have less hookers.

Karaoke is very popular all across Asia and that includes here. KTV’s are karaoke bars, but they can vary from family friendly to brothels.

How do you know if you are in one of Batam’s sexy KTV’s or just a place to sing some tunes? There really is no exact answer, but if you are asked to pay extra for girls to join you in the room then you also are extremely unlikely to be having any free sex with anyone you meet there.

In truth most KTV’s in the Nagoya Entertainment District aren’t brothels, but they are also not good places to pick up Batam girls for sex you won’t need to pay for. They are very good at milking as much money as they can out of you before you walk out at the end not really knowing what you just paid for. If you just want to hook up avoid them.

Massage In The Nagoya Entertainment District

We are not going to go in depth here but any guys who have taken trips to Asia before already know the answer to this. We were just saying the KTV’s weren’t brothels, well, that may not be the same here.

Needless to say these are terrible places to try and pick up girls for dating, but we are trying to cover the red light scene in full here and couldn’t just not mention them.

While not every sexy Batam girl at one of the nightclubs is going to be a prostitute, but a higher percentage of them will be then the ones you might meet at the bars and clubs we listed above. These complexes are all over the country, not just in the Nagoya red light area, but if you want to pull girls for free sex they are also not a good place to look.

Hook Up With Batam Girls Online

But many guys want to party in the Nagoya Entertainment District nightlife and try to hook up with Batam girls for free sex. That is possible, but you are always going to be questioning what the motivations of all the single ladies you see are.

If you aren’t a fan of the NED red light scene then try using a dating site to meet some girls online before you arrive. There are actually some big universities here so there are plenty of girls who want to meet guys, but they may be a bit too traditional to go party in the red light area.

Meet them online before you come, and it is definitely a lot easier to ask that awkward ‘if we meet do you want me to pay you’ question on your phone or computer than it is face to face in a nightclub. Since they are so traditional you may want to invite them out for a coffee or dinner instead of to a club, but plenty of them will want to go dancing even if they may not drink.

Good luck when trying to hook up with sexy girls in Batam at the Nagoya Entertainment District, hopefully you have a better understanding of the full nightlife scene after reading this.