We wanted to look at a statistical breakdown of countries with the easiest girls. The more research we did the more and more confused we got over time.

This site has lots of information on the subject, as do many other sites around the internet. There were definitely some pre-conceived notions going into the research, lets see how the ‘data’ compares to what we thought going in.

The first thing that needs to be noted that the data really is all over the map. For instance a sight like this one lists all 1st world countries for highest teen pregnancy rate even though it says ‘in the world.’

Next you get to a list like this which once again is a world list but it is pretty much all Africa. The first one supposedly adds abortion data while the second one does not.

So what can really be gleamed from this? Is Africa really the easiest country in the world to have sex because more teens are making babies early?

Or is the United States which has the highest combination of births + abortions the best? In Africa many of the girls are getting married at very young ages and that has a lot to do with the higher pregnancy rates.

Does that mean it is full of countries with easy girls? Or does it just mean that they start the adult life sooner there and the girls are going to remain loyal to one man?

Age When People Lose Their Virginity

Next we looked at the age when people lose their virginity. We wanted to look at just the girls ages but we couldn’t find that.

Brazil and Colombia topped this list at just over 17 years on average. The US came in around 15th at just over 18 years, and many Asian countries were the lowest.

Malaysia has over a 6 year difference when it comes to people losing their virginity compared to Brazil. Second to lowest was Indonesia, but more on that in a bit.

Of course we found a different study that had Malaysian’s losing their virginity at 19 instead of 23. And this second study had Iceland number one at 15.6 on average.

So what does all of this mean? 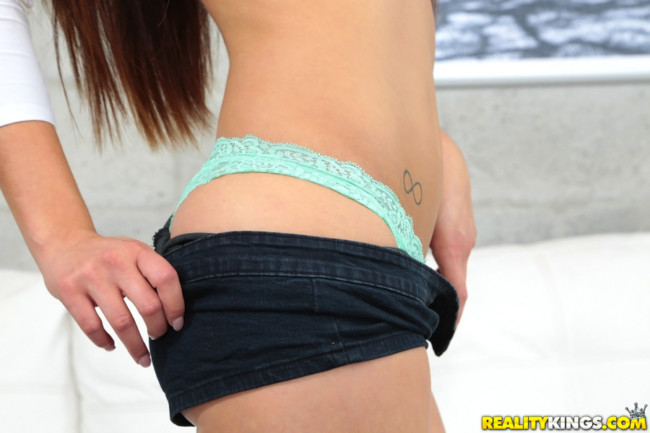 It is funny to see Southeast Asia so well represented on these as countries without easy girls. Of course one has to wonder about this data in the first place.

Is there really someone in these poor third world countries gathering all the data? In first world countries it probably wouldn’t be that hard, but in the Philippines or Africa?

The Philippines wasn’t listed anywhere in these charts or graphs we saw yet anyone who has ever been there knows teen pregnancy is a major issue. Indonesia was a funny one to see listed second.

We have written a lot about Indonesia here, naming it one of the 3 easiest countries to meet easy girls online. The other two are the Philippines, and then the Dominican Republic which was the only non African country we noticed on that link from above.

We realize this is a long winded rambling post that is giving little to no information on the best countries to meet easy girls, but that is kind of the point. If you are a white guy that shows up in Indonesia it is not going to be hard at all to find girls that want to sleep with you.

There is a common phrase ‘stats are for assholes.’ Is that the case here? Maybe, but you can’t really figure out too much from this data that is for sure.

It is kind of funny though, the US and other first world countries are very well represented on these lists and would lead one to believe that they are easy places to get laid. However they are considered to be sex prisons by the guys that live in them.

This statistical breakdown of the easiest countries to meet easy girls is almost like bizarro world.